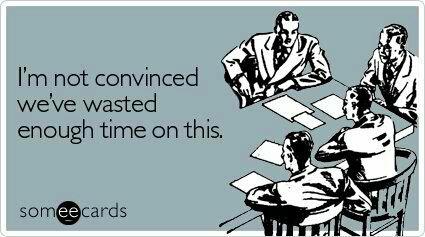 I am in utter disbelief: There was an emergency Eurogroup finance ministers meeting, and there will be a Eurogroup leaders meeting in an hour, and Greece turned up without a written proposal. Yesterday, the Greek PM Tsipras had said he thinks he can seal a deal within 48 hours. What on Earth was he thinking then, not turning up with anything for people to even read? Had he not discussed anything with the opposition leaders who now say they back him?

Until this moment, I have strongly believed a solution will be found, but this is an awful, awful start after this referendum weekend. I am impressed by the composure of most of the Eurogroup members, when one reads their reactions. Even Dijsselbloem, a hardliner by any measure in my book, gave a very moderate response, saying that as soon as proposals are in they would be looked at, and even promised to look at debt sustainability, a key ingredient for a solution and for Tsipras. The will to give this new finance minister and the old Tsipras some slack after the referendum seems to be going a long way. For heaven’s sake, do not waste it!

The deal that needs to be on the table right now, this hour, is:

(1) Greece accepts all structural reforms (it already said so, more or less)

(2) Greece accepts a haircut on deposits, and asks the EU for help locating Greek accounts overseas so deposits can be haircut there too. This, I estimate, would raise at least €30bn.

(3) The institutions accept a haircut as well. This should reduce the debt burden by approx €50bn.

No more details. No new 47-pager. Surely they should have been able to put something like that together? I even provided a draft on Sunday evening.

The IMF would immediately sign off on this program as sustainable, and the institutions would find it impossible to refuse, because (a) the Greek public takes its share of the pain, and (b) the ECB would have no excuse to stop propping up the banking system. And because no-one other than the ECB can force Greece out of the Euro, the day is saved, and the debt is sustainable.

The Greek opposition would support it. They have no choice. On the other hand, in less than two weeks (with banks closed and Greece defaulting on an ECB payment) the political will and the practical conditions for a solution will have evaporated entirely and Greece will be on the road to certain Euro exit.

Having smelled the fresh air of a new start, the Greek public are now openly discussing and accepting the need for a deposit haircut, as long as they can trust that the issue of debt sustainability is off the table and sorted, and Greece can move on and grow and pay back, over the years, whatever debt is left after this deal, and Greece can sustainably stay in the Eurozone. Also, they want the government to concentrate on reforms, to focus on growth and equal opportunity for all, rather the unequal protection of the few.

Has Tsipras, in the euphoria of the referendum, completely misjudged the situation? Today he has: Why go to a referendum and then turn up empty-handed? Did he expect Europe to make the first move? He tried to appease European leaders by letting Varoufakis go, and yet today he already offset those gains by probably enraging them as much as he might have appeased them on Sunday. Some Greek politicians tried to defuse the situation by saying that the last proposal still stands and therefore no new one was required. No-one can buy that. It was a 47-pager, and there’s simply no time for that level of detail now. Stop the technocratic techno-babble and cut to the chase!

The Greek public have rejected an unsustainable deal, and rightly so. They have invested trust in their government to seal a deal for a sustainable future where Greece can grow to pay back as much as it sensibly can, not everything. When exactly was the government thinking it would get started using this political capital, if not at today’s meetings?

Today’s news will embolden all those who believe the country’s structural policies still need sorting out by a higher authority than this government, which took tremendous and justified risks in asking for backing all around, and then didn’t even offer anything to discuss. Rightly or wrongly, European leaders will ask how they can trust a government to deliver on any promise when — bestowed with so much trust all around after this weekend, and having so much momentum behind them — they can’t even seem to deliver a proposal.

Everybody should get the chance to mess up once. The new finance minister has just used his. So let’s give him another chance. But because we still have the right to learn even from other people’s mistakes, I also believe that a fourth component needs to be on the table in a deal: (4) an open invitation for at least the IMF (if not the Troika) to come back and help implement sustainable national governance. To dis-invite the institutions from the on-the-ground oversight, as Syriza has done, is no longer an option. Make no mistake, Greeks who voted “oxi” didn’t like to be stuck in a deflationary debt trap for generations. That doesn’t mean they reject independent oversight over any Greek government, to ensure the Greek government delivers its side of any favorable bargain, and to ensure we aren’t back in the same blame-game five years down the line.

One of the beauties of democracy is that it always can voluntarily put constraints on itself, where this is seen as helpful in curtailng favoritism, nepotism, corruption, or incompetence: In short, the problems which caused the Greek crisis.

To keep the momentum, and to exploit the goodwill that’s still in the air after the referendum, my four-step program should be tabled this evening. No curly brackets, no footnotes, appendices, ifs and buts.

2 responses to “Time to get Angry with Tsipras”