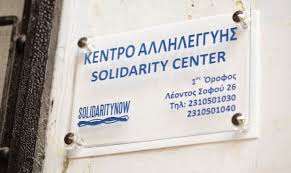 turning Greece into a solidarty center

The game of chicken is over. There is no stepping back from the promise of a referendum, and if there is a future ‘deal’, it won’t be with the current Greek government.

Greeks friends are asking all the “what-if” questions, trying to decide how to vote. They think in terms of what would be financially better. There is no simple answer, because the specific MoU was, and is, wrong about the social contract which can sustainably govern the Eurozone. It is not about the short-term financial impact of whatever comes next. If it had been just about that, Greece would have been bailed out on sustainable conditions a long time ago..

In calling a vote, the Greek government has already rejected the offer which was on the table. The vote therefore carries mostly signalling value, and long nights of debate in the corridors of power will ensue after either outcome. A Yes vote won’t get the old deal back, and a No vote won’t destroy all chances for a solution. Arguably, the opposite is the case.

The referendum is about politics, in a positive sense of the word: About how societies choose to govern themselves, and how the communities signal to themselves and their members where lies the responsibility, the opportunity, and the burden, both for the past and for the future. And the political impact of a No vote is thus:

I don’t want to diminish the risks that come with defaulting: Social stability will be sorely tested when cash points and fuel stations are dry, deposits undergo a haircut, and the police and teachers don’t get paid. It will be extremely disruptive. But if the only way for a society to fix things sustainably is to fix them on its own terms, a No signals readiness for a domestically-driven reform agenda even if it comes at huge personal costs. This will empower a new government to tell the public that they have nothing to offer but blood, toil, tears and sweat, and get some reforms enacted and enforced. The alternative is a new deal from the big uncle, whose reform agenda will always be seen as an intrusion. This will never ever provide the popular backing which would make reforms last through bad times as well as good. The Eurozone is right not to trust Greeks’ commitment to the reforms, but this is so only because Greece has never had a chance to form a domestic consensus around these reforms.

Europe is opposed to the very idea of a referendum because it would set a precedent for other countries: Can voters decide which treaties are, and which are no longer acceptable, even if their country has signed up to them in the past? What made the Greek issue so important to the EU is that at heart it is a conflict between the idea of “treaties within the EU are forever” on the one hand and the democratic right of member states to change their relationship with this contractual nexus when it clearly isn’t working. There is no question in my mind (nor in the mind of most voters in the UK) which of the two ‘relationships’ between EU nations is the healthier and more sustainable one.

This is the grand debate which will not go away, with or without Greece. The Greek government tried to focus on this rather grand and abstract point while being dependent on the concrete drip-feed of perpetual debt roll-overs and with looming deadlines for a default. Simply wanting to change treaties when they are no longer financially advantageous, and/or using the threat of collateral damage to the Eurozone in case of default is not conducive to finding an amicable solution. It’s everyone’s fault for having left things that late.

The simple fact of the matter is that Greece is so far beyond financially redeemable with its current debt burden that it has to first cut the poisonous umbilical cord, default, and then try to re-negotiate relations with the EU. After a No vote we would find out pretty quickly whether there is a way to deal with insolvency within a currency union or not. Put simply, there will have to be a way, even if we left it to five past midnight to start looking for one.

[UPDATE, June 29: An article by the Nobel Laureate Joseph Stiglitz makes much the same points as my post. It is well worth a read. Similarly an article on Vox Europe]

3 responses to “Why Greeks should vote No”